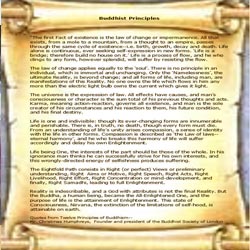 India drives its name from the Indus River where as 'Bharat' mentioned in the Indian constitution owes its origin to the ancient mythological emperor, Bharata who conquered the whole sub-continent and the land was, known as Bharatavarsha (`the sub-continent of Bharata').

India is one of the oldest inhabited regions on the planet. The Homonid activity in the sub-continent dates back to over 250,000 years.
Human CivilizationSignificant human activity was underway in India by the Holocene Period some 10,000 years ago. The excavation of village Balathal (near Udaipur in Rajasthan), illustrates the antiquity of India's history that dates back to 4000 BC.

The oldest evidence of leprosy in India is discovered at Balathal through a 4000 year-old skeleton. It breaks the myth that the disease is known to India from recent past only.

The Indus Valley Civilization dates to 5000 BC and grew steadily throughout the lower Ganetic Valley region southwards and northwards to Malwa. The most famous sites of this period are the great cities of Mohenjo-Daro (2600 BC) and Harappa (3000 BC) both located in present-day Pakistan (Mohenjo-Daro in the Sindh province and Harappa in Punjab).

In about 1500 BC it is thought another race, known as the Aryans, migrated into India through the Khyber Pass and assimilated into the existing culture. Aryan migration which brought about a vast displacement of the populace is cited as the reason for decline of Harappan culture though some say climate change as possible reason.

The Aryan influence gave rise to what is known as the Vedic Period in India (c. 1700- 150 BC) characterized by a pastoral lifestyle and adherence to the religious texts known as The Vedas.

Society became divided into four classes (the Varnas) popularly known as `the caste system' which were comprised of the Brahmana at the top (priests and scholars), the Kshatriya next (the warriors), the Vaishya (farmers and merchants), and the Shudra (labourers). The lowest caste was the Dalits, the untouchables.

While the religious beliefs which characterized the Vedic Period are considered much older, it was during this time that they became systematized as the religion of Sanatan Dharma (which means `Eternal Order') known today as Hinduism.

During the Vedic Period, governments became centralized and social customs integrated fully into daily life across the region. Besides The Vedas, the great religious and literary works of The Upanishads, The Puranas, The Mahabharata, and The Ramayana all come from this period.

Rise of Jainism and Buddhism in Ancient India

In the 6th century BC, the religious reformers Vardhaman Mahavira (549-477 BC) and Siddhartha Gautama (563-483 BC) broke away from mainstream Sanatan Dharma to eventually create their own religions of Jainism and Buddhism.

These changes in religion were a part of a wider pattern of social and cultural upheaval which resulted in the formation of city states and the rise of powerful kingdoms such as the Kingdom of Magadha.

Increased urbanization and wealth attracted the attention of Cyrus, ruler of the Persian Empire, who invaded India in 530 BC and ten years later, under the reign of his son, Darius I, northern India was firmly under Persian control.

Persia held dominance in northern India until the conquest of Alexander the Great in 327 BC. Alexander had defeated the Achaemenid Empire and firmly conquered the Indian subcontinent.

Then in 186 BC began the era of Greco-Bactrian conquests of India. Demetrios in 165 BC won a decisive battle in Gandhara, beginning the Yona or Greek era in India: The Greco-Bactrian king Eucratides invaded India from 160 BC - 135 BC. Indo-Greek King Menander ruled Punjab in 130 BC.

Again, foreign influences were brought to bear on the region giving rise to the Greco-Buddhist culture which impacted all areas of culture in northern India from art to religion to dress. Statues and reliefs from this period depict Buddha, and other figures, as distinctly Hellenic in dress and pose known as the Gandhara School of Art.

Following Alexander's departure from India, the Maurya Empire (322-185 BC) rose under the reign of Chandragupta Maurya (322-298) until, by the end of the third century BC, it ruled over almost all of northern India.

Chandragupta's son, Bindusara reigned between 298-272 BC extended the empire throughout the whole of India. His son was Ashoka who reigned from 269-232 BC embraced Buddhism. His ardent support of Buddhist values eventually caused a strain on the government both financially and politically, after his death, the empire declined rapidly.

The country splintered into many small kingdoms and empires such as the Kushan Empire. This era saw the increase of trade with Rome which had begun in 130 BC and Egypt that had been India's most constant partner in trade. Pepper was directly imported by Roman ships from India and its price decreases in 1 AD. First non-stop voyage from Egypt to India was made in 1 AD.

This was a time of individual and cultural development in the various kingdoms which finally flourished under the reign of the Gupta Empire (320-550 AD) is considered to be the Golden Age of India. 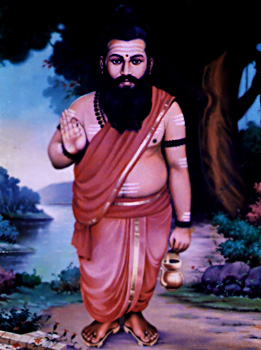 The Sangam period refers to south Indian history from 3rd century BC to 4th century AD. Sangam is a Sanskrit word meaning a Congregation and a Council. Madurai city was the hub of activity where two Sangams were organized and academies, poets and scholars gathered there to produce Sangam literature.

Avey was the family of Sangam age which meant Sabha (assembly). Panchvaram was the assembly of the advisors of the King of Sangam age. Ur was the institution which looked after the city administration.

The Gupta Empire is founded by Sri Gupta who probably ruled from 240-280 AD. As Sri Gupta was from the Vaishya (merchant) class, his rise to power in defiance of the caste system is unprecedented. He laid the foundation for the government which would so stabilize India. Philosophy, literature, science, mathematics, architecture, astronomy, technology, art, engineering, religion, and astronomy, among other fields, all flourished during this period.

The Puranas of Vyasa were compiled during this period and the famous caves of Ajanta and Ellora, were done up with their elaborate carvings and vaulted rooms. Kalidasa the poet and playwright wrote his masterpiece Shakuntala and Vatsyayana wrote or compiled the Kamasutra. Varahamihira explored astronomy and at the same time Aryabhatta, the mathematician, made his own discoveries that include the concept of zero.

The Gupta Empire declined slowly under a succession of weak rulers until it collapsed around 550 AD.

- The Gupta Empire was then replaced by the rule of Harshavardhan who ruled the region for 42 years (590-647). Harshavardhan was a patron of the arts and a devout Buddhist, a highly skilled military tactician who was only defeated in the field once in his life. Under his reign, the north of India flourished but his kingdom collapsed following his death.

India fell into chaos and fragmented into small kingdoms lacking the unity necessary to fight off invading White Huns who invaded India across the Hindu Kush in between 500 AD - 600 AD.

In 712 AD a Muslim general Muhammed bin Qasim conquered Sindh and established himself in the region of modern-day Pakistan. The Muslim invasion saw an end to the indigenous empires of India and, from then on, independent city states cease to exist.