Spread over 88,750 sq. km, the eastern state is bordered by the countries of Bangladesh, Nepal and Bhutan. Further, Indian states of Odisha, Jharkhand, Bihar, Sikkim, and Assam border West Bengal with a vibrant exchange of people, goods and services. Kolkata, the capital of West Bengal, is a city of paradox and is the subject of much debate and controversy in the media outlets.

Together with the neighbouring nation of Bangladesh, the sate makes up the ethno-linguistic region of Greater Bengal. West Bengal has a strange configuration. Its breadth varies from 320 km at one point to hardly 16 km at another. West Bengal's roughly 2,200-km frontier with Bangladesh is very porous and not well-defined.

The continuous inflow of migrants from Bangladesh (mostly Muslims) to West Bengal and Assam is posing a serious demographic threat to Indian states. Although in area West Bengal ranks as one of the smaller states of India, it is one of the largest in population. The volatile politics and the intellectual discourses in Kolkata set the national agenda with the media (including social media) following the events in Bengal with interest.

A brief history of West Bengal 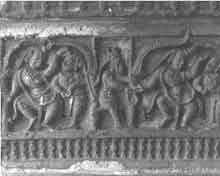 Ancient Bengal was the site of several major 'janapadas' (kingdoms). It was also part of large empires such as the Maurya Empire (2nd century BC) and Gupta Empire (4th century AD). Many areas of present day Bengal were part of the regional Pala Empire (8-11th century) and Sena dynasty (11-12th century).

From the 13th century onward, this strategic region was controlled by the Bengal Sultanate, Hindu kings and Baro-Bhuyan landlords under the suzerainty of the Mughal Empire. However, the British East India Company took control of the region from the Mughals in the late 18th century (1760s onwards). The company consolidated their hold on the region following the Battle of Plassey in 1757 and Battle of Buxar in 1764. 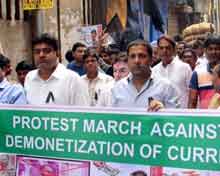 Kolkata (then Calcutta) served for many years as the capital of British controlled territories in India. The early and prolonged exposure to British administration resulted in the expansion of Western education, culminating in development of science, modern education and social reforms in the region.

Bengali renaissance in the 19th century awoke the consciousness of Indians leading to the surge of freedom struggle in early 20th century. A hotbed of the Independence movement in the early 20th century, Bengal was divided in 1947 along religious lines into two separate entities.

West Bengal — a state of India — and East Bengal — a part of the newly created dominion of Pakistan that later became the independent nation of Bangladesh in 1971. Kolkata, the capital of West Bengal, is now a shopper's paradise with retail merchandise including electronics and white goods available at cheap rates. 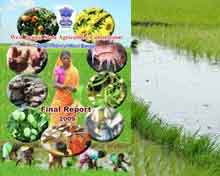 A major agricultural producer, West Bengal is the sixthlargest contributor to India's net domestic product. Noted for its political activism, the state was ruled by democratically elected communist governments for 34 years from 1977. It is noted for its cultural activities and the presence of top cultural and educational institutions.

Kolkata is known as the "cultural capital of India". The state’s cultural heritage, besides folk traditions, ranges from stalwarts in literature including Nobel Laureate Rabindranath Tagore to scores of musicians, film-makers and artists.

West Bengal is also distinct from most other Indian states in its appreciation and practice of club football besides cricket, the favourite sport in the country.

The origin of the name Bengal (known as Bangla and Bongo in Bengali language) is not clear. One theory suggests that the word derives from "Bang", a Dravidian tribe that settled the region around 1000 BC.

The word might have been derived from the ancient kingdom of Vanga (or Banga). Although some early Sanskrit literature mentions the name, the region's early history is obscure. At the end of British rule of subcontinent, the Bengal region was partitioned in 1947 along religious lines into east and west.

The east came to be known as East Bengal and the west came to known as West Bengal which remained as an Indian state. In 2011, the West Bengal government proposed a change in the official name for the state to ‘Poschim Bongo’ which reflects the native name of the state.

'Poschim Bongo' literally means 'western Bengal' in Bengali language. However, ‘West Bengal’ is the commonly used word for the state as outsiders are not even aware of the existence of ‘Poschim Bongo’ in official communications.