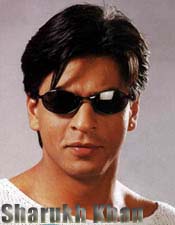 Shah Rukh Khan is popularly known as SRK, King Khan and Badshah of Bollywood. He has played an array of roles in approximately 70 Hindi films. He is the reigning superstar of Indian cinema and has a huge fan following.

Shah Rukh Khan was born on 2 November 1965 in New Delhi, and spent his childhood in Mangalore. His father, Taj Mohammed Khan, was a freedom fighter from Peshawar. Shahrukh lost his father when he was 15 and his mother passed away in 1990.

Shah Rukh Khan completed the graduation in economics and then took training in acting under the mentorship of Barry John, an eminent theatre personality in Delhi.

During the decade of 1980, he played numerous roles in theatre and did number of television serials. He entered films with the Hindi movie Deewana released in 1992.

In the starting point of his film career, he played the role of negative hero which was new to Indian cinema. Many of his films like Darr (1993), Baazigar (1993), and Anjaam (1994) were having negative shades in his character. 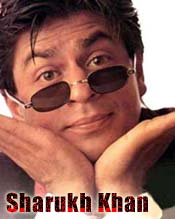 These films rocked at the box office and the popularity of these films gave Shah Rukh Khan the title of "the King of Romance." Shah Rukh Khan is also known for his role as a NASA scientist in 'Swades', a hockey coach in Chak De India! and a romantic hero in Devdas.

These movies made him became a megastar and he achieved many awards and honours. He has bagged Filmfare Best Actor Award eight times. This ranks him in the category of Dilip Kumar, a towering icon of Indian cinema.

His chartbuster film Chennai Express released in 2013 has broken many records and helped him maintain his number one position. Shah Rukh Khan is a motivational figure for the aspiring actors to enter Bollywood.

Apart from acting he owns a production house named as Red Chillies Entertainment in collaboration with his wife Gauri Khan. He is also a co-owner of one of the IPL (Indian Premier League) team named as Kolkata Knight Riders, while actress Juhi Chawla and her husband Jay Mehta are the other partners of the team.

Shahrukh's third time pairing with actress Deepika Padukone in director Farha Khan's film Happy New Year (2014) was a commercial hit and ranked one of the highest grossing Bollywood films of all time.

Among his upcoming films he has Raees releasing in 2015, he is paired opposite Pakistani actress Mahira Khan.

Shahrukh will also be doing another film named Fan in 2015 under banner Yash Raj, here he is paired opposite two actresses Ileana D'Cruz and Vaani Kapoor. Fan was scheduled to release in early 2015, but due to injuries during Happy New Year shoot the release was postponed to later in 2015.