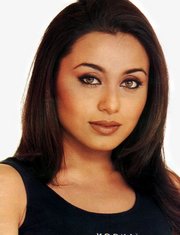 Rani Mukherjee is ranked as the top notch actress in the Indian film industry. She has made special place for herself through her short, innocent and dazzling performances in the Bollywood films.

Rani Mukherjee was born on the 21st of March 1978. Her father Ram Mukherjee was a director and her mother Krishna was a playback singer. Her brother Raja is also a film producer. Actress Kajol is her cousin.

Rani Mukherjee pursued her graduation from Maneckjee Cooper High School in Juhu. As soon as she completed her studies, she got offers from film producers to act in their films.

Rani made her first appearance in films as child artist in the Bengali movie Biyer Phool in 1992 where she played the supporting role. As an adult, her first film was ‘Raja Ki Aayegi Baraat’ released in 1996 which was not successful at the box office.

Rani turned into a successful heroine in Bollywood with these movies and earned lot of name and fame. Her acting in the film Saathiya was applauded by the public. In Chalte Chalte (2003), she appeared in a surprised look opposite Shahrukh Khan.

Her other major hits were Hum Tum, Veer Zaara and Black. She also appeared in film Aiyyaa” that was a comedy. 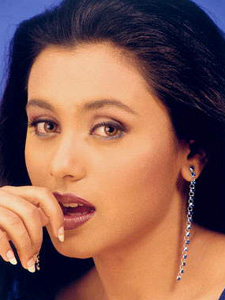 Rani Mukherjee was seen in ‘Mujse Dosti Karogi’ that was produced by Yash Raj Films. This film was not successful in India but it gained huge popularity in overseas markets.

Her films like Veer-Zaara(2004), Bunty AurBabli(2005), KhabiAlvidaNaaKehna(2006) were commercially very successful films. Rani Mukherjee is recognized as the top actresses in Bollywood.

She has played lead role opposite many superstars such as Amitabh Bachchan to most promising and young talent Ranbir Kapoor.

Rani Mukherjee was honoured with the Filmfare award for three consecutive years from 2004 to 2006. She has so far grabbed six Filmfare awards. In her personal life Rani is in relationship with Aditya Chopra, son of Yash Chopra. Lately, the news reports indicate that they are ready to settle down.