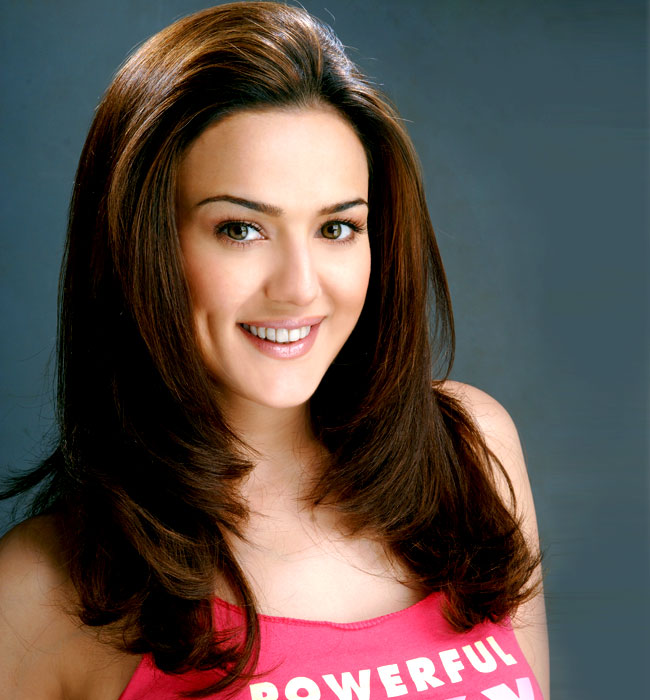 PreityZinta is pretty and charming heroine of Bollywood. Her ever smiling dimples on her cheeks add beauty to her face and grabs attention of millions of viewers in India and abroad.

Preity Zinta was born on 31 January 1975 at Rohru in Simla district. Her father was Late Durganand Zinta, an Army Officer, and mother Nilprabha Zinta. She has two brothers.

Preity Zinta attended the St Bede's College in Shimla and has a degree in English honours. She then took post graduation in criminal psychology. After that, she perused career in modelling.  Her first television commercial was for Perk chocolates. With the commercial of Liril, she became popular.

Preity Zinta made her acting forays into Hindi films, with  Dil Se in 1998. Her next film was Soldier where she was seen in the lead role. She bagged Filmfare Best Female Debut Award for this movie.

In Kya Kehna, released in 2000, Zinta acted as teenage single mother. Her brilliant performance in many other films transformed her image to top-notch heroines of Bollywood.

She also won first Filmfare Best Actress Award in 2003 for her superb role in Kal Ho Naa Ho. She played the lead role in most commercially successful films like Koi Mil Gaya and Veer-Zaara, Salaam Namaste and Kabhi Alvida Naa Kehna. These films were super hit at box office and highly popular in the overseas markets as well. 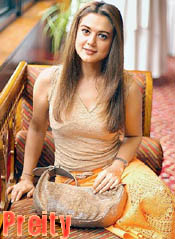 Preity Zinta played an important role in international Canadian film ‘Heaven on Earth’ and earned the Silver Hugo Award for Best Actress at the Chicago International Film Festival in 2008.

So far, Preity Zinta has grabbed 19 Indian film awards, 3 International Awards and 11 other awards. She is also the first beneficiary of Godfrey’s Mind of Steel Award for her courageous role against the Mumbai Underworld.

Other than film career, Preity is also involved in social work. She has also written columns for BBC News Online South Asia. She has done several stage performances and anchored television shows.

She has great interest in cricket and co-owns IPL cricket team Kings XI Punjab with her ex-beau businessman Ness Wadia.

Preity Zinta has worked hard to establish her name in Hindi Cinema. Besides acting in Hindi films, she has done roles in Telugu, Punjabi and English films. Her upcoming movies are Happy Ending, and Helloo India.