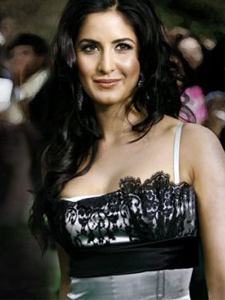 When people talk about most beautiful and glamorous heroine currently in the Indian Cinema, then it’s none other than Katrina Kaif.

Her stunning personality and dazzling looks attract people automatically. The talented actress is the reigning queen of Bollywood.

Katrina Kaif was born in Hong Kong. Her father Mohammed Kaif, is an Indian Kashmiri, and mother, Suzanne Turquotte is from England. Her parents got divorced when Katrina was very young. Since childhood, her family changed many places to settle in England finally.

Katrina Kaif entered into films through career in modelling. She began her modelling career at the age of fourteen. She later worked with photographer Atul Kasbekar.

As a model she did many advertisements for companies like; LG, Coca-Cola, Fevicol, Lakme, &Veet. However she got fame with the commercial ad of Lakme.

Katrina Kaif became popular star when London based filmmaker Kaizad Gustad gave the opportunity to play role in the movie Boom (2003). Then she got immense acclaim for the film Sarkar 2005, where she played the role of Abhishek Bachchan’s girlfriend. 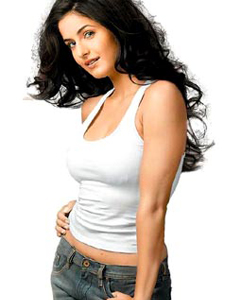 She played lead role opposite to Salman Khan in the film Maine Pyaar Kyun Kiya (2005). Thereafter, Katrina Kaif gave brilliantly performances in many hit films. Namastey London 2007, where she played the role of a British Indian girl with Akshay Kumar was one such movie.

She got high acclaim for the films like; Apne, Partner, and Welcome and others. Katrina Kaif’s role in action thriller Race 2008 produced by Abbas Mastan was highly praised by the audience.

She then gave another hit film “Singh Is King” in which she acted opposite Akshay Kumar. In 2009, Katrina Kaif was seen in New York with John Abraham which was commercially successful film.

In 2010, her movie Raajneeti, opposite Ranbir Kapoor was a blockbuster. In 2013, Katrina Kaif acted in the lead role opposite Shahrukh Khan in the romantic film ‘Jab Tak Hai Jaan. ’ The film was the last directorial venture Yash Chopra.

Katrina’s Hindi language is not very good because she is from London and in her early films her voice was dubbed. Now, she has learned the language well, and does her own dubbing.