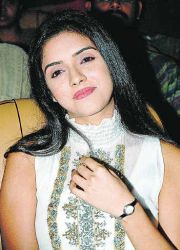 Asin is a successful heroine in Bollywood and south Indian films. She was born in Cochin, Kerala, and belongs to Malayalam-Thottumkal family. Her father, Joseph is a leading businessman and mother, Dr. Seline, practices medicine in Ernakulam.

Asin did her early education in Naval Public School in Cochin. She attended St. Theresa's Higher Secondary School from where she also got degree in B.A. English Literature.

She initially joined business activities of her father along with her hobby of modelling. She became successful model and appeared in many advertisements such as Colgate and Fairever Cream.

Asin made her first appearance in the tinsel town through Malayalam film "Narendaran Makan" directed by Sathyan Anthikad, opposite Kunjachacko Boban. This film gave her success and she got numerous offers for Telugu film industry. After successful career in the Telugu films she smoothly changed over to Tamil films.

She did Tamil film "M Kumaran s/o Mahalakshmi" opposite Jeyam Ravi. As Asin had already acted in the original Telugu version of this film, so to perform in Tamil remake was not so difficult. The film was highly applauded and gained commercial success. 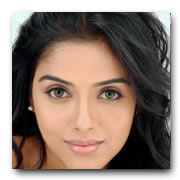 Asin also worked with megastars of Tamil film industry such as Vijay, Ajith, Surya and Vikram. In 2008, she acted opposite Kamal Hassan in Dasavatharam, which was a huge success.

She acted opposite to Aamir Khan in this film. This film was Hindi remake of the Tamil film in which she also acted. 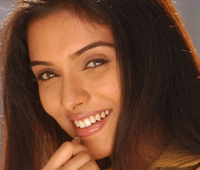 Asin then gave excellent performance in London Dreams opposite Salman Khan and Ajay Devgan but this film did not do much at the box-office.
In 2011, she again performed opposite Salman Khan in romantic-comedy ‘Ready’ which was a huge success at the box office. Her other Hindi movies are Bol Bachchan and Housefull 2.

Asin is proficient in speaking array of languages such as Malyalam, Tamil, Telugu, Hindi, Sanskrit, English, and French. She is an avid reader of literary books.