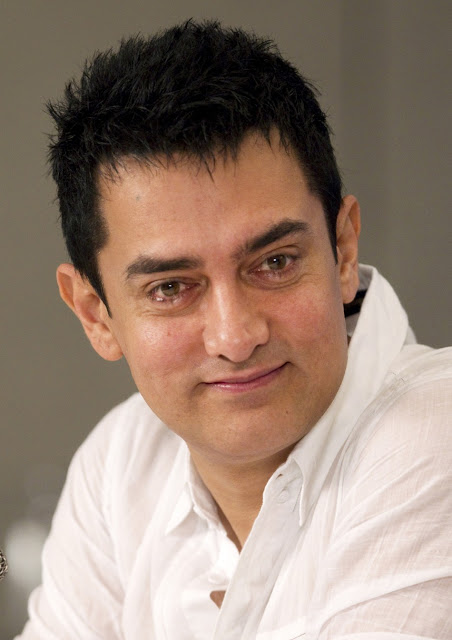 Aamir Khan is a renowned actor, director and producer who hold a distinct position in Indian film Industry. He has an appealing persona that attracts viewers of all ages. He has adopted a unique acting style that has made him the leading stars of Bollywood.

Aamir khan was born on March 14, 1965 in Mumbai in a family that has long connection with the Film Industry. Aamir had been introduced in films as a child artist in super hit movie, Yaadon Ki Baaraat in 1970's. After that, his focused on studies and attended school in Mumbai. He was also a state tennis champion for Maharashtra.

Amir began his acting career with the film Holi (1984).

He became famous with the film Qyamat Se QayamatTak  released in1988. This film was super hit and he was flooded with offers for films in Bollywood. His career never looked back after that time. 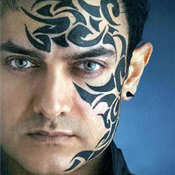 Aamir’s Films in which he played as an actor are Love Love Love, Tum Mere Ho, Awwal Number, Dil, Jawani Zindabad and many more. He got many awards for his marvellous acting. Raja Hindustani (1996) gained huge popularity and Aamir won the Film Fare Best Actor Award.  He grabbed National Award for his praiseworthy role in Raakh (1989).

He also essayed marvellous performances in movies like Lagaan, Rang De Basanti and Dil Chahta Hai which was admired by viewers not only in India but abroad.  His film Lagaan was nominated for the best foreign language film category in the 74th Academy Awards.

As a director, Aamir made acclaimed film “TaareZameen Paar” released on 2007. This film was praised by audience and still people remember his role as a kind-hearted teacher trying to help a child who was griped under dyslexia. After that Aamir Khan appeared in the blockbuster films Ghajani and "3 Idiots," that broke many records and generated huge revenue.

Aamir Khan appears in many advertisements of public interests. His TV show Styamev Jayate was a popular show.  He is currently involved in acting, direction, story writing and production of films. His upcoming movies are Dhoom 3, PK (PeeKay), The Falling.

His performance in Earth (1998) as the Ice : Candy Man has received rave reviews from Indian and International critics. Using classic "method acting", Aamir acts in all genres of Indian films : comedy, action, drama and romance. Though he performs in few films, Aamir Khan is recognized today as the most complete Indian actor for his diverse choice of roles and films.


Aamir was born into a film industry clan. His father Tahir Hussain is a producer; his uncle Nasir Hussain was a director. He has acted in a few films directed by his cousin Mansoor Khan. He is the brother of Faisal Khan, with whom he acted in the 2000 film 'Mela'. He is the cousin of Tariq of the 'Yaadon Ki Barat' and 'Hum Kisise Kum Nahin' fame. Aamir Khan fell in love with the girl next door in his teen age and proposed to her the day he turned 21, and she accepted.

But in fact, there were conflicts about the love at the family front, since she was from a Hindu family and he from a devout Islamic one. So, they eloped, got married and returned to their homes. Aamir's wife Reena even appears in the song "Papa Kehte Hain" that made him the darling of the nation.

Bollywood fans know very well that Aamir Khan is the best actor in making his pains to create authentic characters, rather than just playing himself in film after film. He will go to great lengths to give a convincing portrayal; including, it is whispered, drinking heavily in order to play a drunken scene in Raja Hindustani (1996), even though he doesn't drink in real life. Aamir is known for working on only one film at a time, unusual in the Bollywood film industry, because he wants to give his best to each film. In 2001 he turned to producing and his first production was 'Lagaan: Once Upon a Time in India' which he also starred in. This film was one of the biggest hits of 2001 and was nominated for many awards including the Academy Award for Best Foreign Language Film.

Known as perfectionist who insists on getting a finished script before committing to a film and also refuses to work on more than one film at a time, both very unusual for Bollywood where actors usually work in several films at a time and script details are often improvised on the day of shooting.

Aamir is the only Indian actor who refuses to accept the usual awards from Indian trade magazines such as Filmfare. Aamir was awarded Padma Bhushan in the year 2003 by the Government of India. Aamir visited Pakistan for fund raising of Shaukat Khanum Cancer Hospital on invitation by the cricketer Imran Khan.

Aamir is the only Indian actor who refuses to accept the usual awards from Indian trade magazines such as Filmfare. Aamir was awarded Padma Bhushan in the year 2003 by the Government of India. Aamir visited Pakistan for fund raising of Shaukat Khanum Cancer Hospital on invitation by the cricketer Imran Khan.

The PTI (Press Trust of India) reported Khan will marry girlfriend Kiran Rao in Panchgani, India on 1 January 2006. It later reported Khan and Rao married in a small ceremony at his home in Mumbai, India on 28 December 2005.